Home » About the Books

The Truth About Two-Shoes

Abandoned by her friends and unable to conceal her baby bump, Mississippi pastor’s daughter Ellie joins a slacker gang hellbent on plotting her baby daddy’s revenge. But getting revenge means facing the truth about a night this former goodie-two-shoes can’t—and doesn’t want to—remember. Saved! meets Freaks and Geeks.

CLICK HERE to read what beta readers said about

THE TRUTH ABOUT TWO-SHOES

Sixteen and sized to match, Skyla Watson is pudgy and proud–even before a premier modeling agency scouts her to be their next big teen plus-size model. But when a health diagnosis results in weight loss she neither wants nor can control, she is pegged as a hypocrite by her fans and is at risk of losing her contract. Skyla must figure out how to keep from losing it all, or decide to embrace her new identity– plus or minus a few extra pounds.

The Life and Death and Life of Craig

After an amateur sting operation to expose the meth lab of sixteen-year-old Trust’s foster parents goes fatally wrong, she and  fellow doomsday-prepping foster kid Craig, head for the mountains in Western North Carolina. But starting over gets complicated when Trust wants to reunite with her real parents and the drug lords who know they’re alive are still out for revenge.

The Day I Knew I’d Be Murdered

Being the new junior at a boarding school in the middle of nowhere was difficult enough for sixteen-year-old Mia before the boy she tutors starts acting obsessively weird. Now deemed a stalking victim by the administration, she’s thrust into a world of paranoia, therapy, and sociopath identification classes. Only problem is, Mia isn’t convinced this kid is dangerous at all. Mia must sort through the past to understand the present before the real sociopath can get away with…well…murder.

THE DAY I KNEW I’D BE MURDERED is a young adult thriller with the non-traditional narrational feel and suspense of GONE GIRL plus an additional touch of comedy. 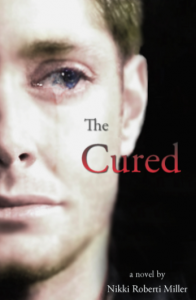 Seventeen-year-old Adam escapes his utopic space station to trade his empty life of efficiency for one glimpse at Old Earth–which isn’t as abandoned as he’d thought. With the mothership after him and Earthlings desperate for Adam’s genetically perfected blood to cure all diseases, Adam must choose to return to his old life or risk propelling Earth toward a world of perfection he originally abandoned. 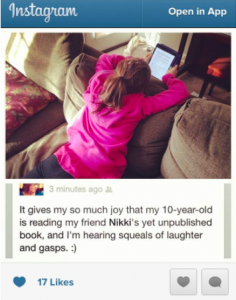 The Adventures of Shoe Girl

When twelve-year-old Sam “Ham” Singleton’s shoes get struck by lightning, she’s surprised to find new invisibility powers every time they’re untied. But with bullies pushing her to the her sixth grade limits, Sam must decide to use her powers to hide away forever or stand up for what is right. 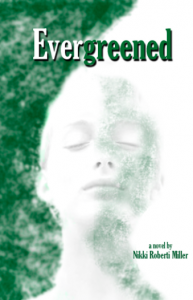 Sixteen-year-old Liv’s scientist mother not only saved her life–she got rich doing it. Now Evergreened Industries, the company responsible for life-saving and recreational genetic plant therapy, is dominating societal trends. But when the first genetically modified plant human is born as a result, the Purist uprising begins launching the Plantist response to destroy the rain forest so humanity must rely on the oxygen-producing byproduct of plant people. Liv must decide to stand by her people and her mother or join the side that hates her so she can save the trees.

Tales of the Landlocked

Sixteen-year-old Sheridan wakes up on a beach with legs only to be thrown into a home for troubled youth. With only broken memories of being a mermaid to guide her, Sheridan must figure out why she’s cursed with feet or decide if she really is crazy. Her sanity and mermaid kingdom depend on it.